I think it's quite obvious by now that I love holidays and I love entertaining.  However, I often bite off more than I can chew.  With our crazy (abnormal) work hours/schedules, Often I forget that I don't have the time allotment that I used to. 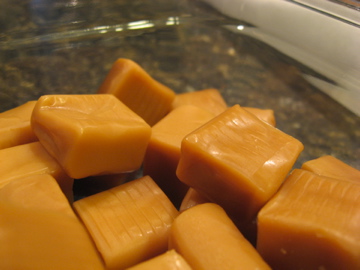 I clearly told my guests before hand that the Halloween bash will have a few appies provided, but not a dinner event.  But by the time I was done with my menu planning, I had the following for desserts:

And then the following for snacks: 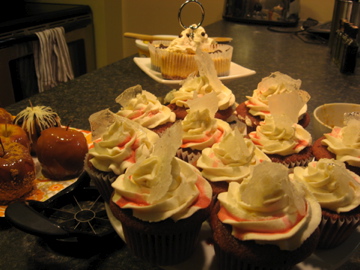 By the time 4 o clock rolled around and my place still was not guest-ready, I had to cut a few items off the menu.  Unfortunately, I lost the mummy oreo balls, the bread bones and the gruyere cheese puffs. 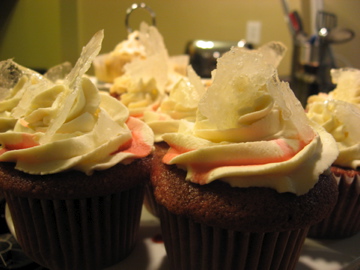 My friend actually sent me the inspiration photo (which I've lost) for the "Dexter" cupcakes.  Red velvet cake, topped with airy light whipped cream cheese frosting, decorated with shattered "glass" candy and splattered with "blood".  I was super proud about making the candy glass.  As you can tell from my previous posts, sugar hates me even though I own a candy therometer.  I had to do this twice to get it to work. 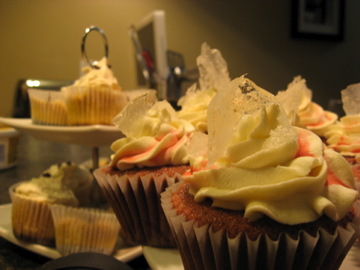 I couldn't get the "blood' to be dark and thick enough.  I tinted home-made simple syrup but next time I would tint thinned-out corn syrup instead. 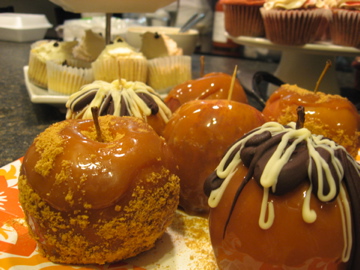 I took the wax coating off the apples by dipping them quickly in hot water, but the caramel still slowly travelled south.  It wasn't enough to be an issue, but I knew. I think next year, I'll just dip fruit in chocolate... pure chocolate..no caramel. 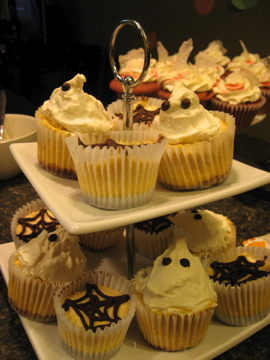 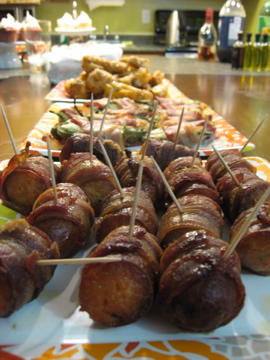 By the time I remembered to snap a photo of the snacks, all of my guests arrived.  This was the best that I could do.  (Farthest to closest: diablo wings, jalapeno poppers and Frankenstein smokies).
Until next Halloween.....