I've been craving bread pudding and I usually get what I want. I love the aroma of cinnamon, brown sugar and vanilla that escapes your oven when you bake bread pudding. Its so inviting and delicious. 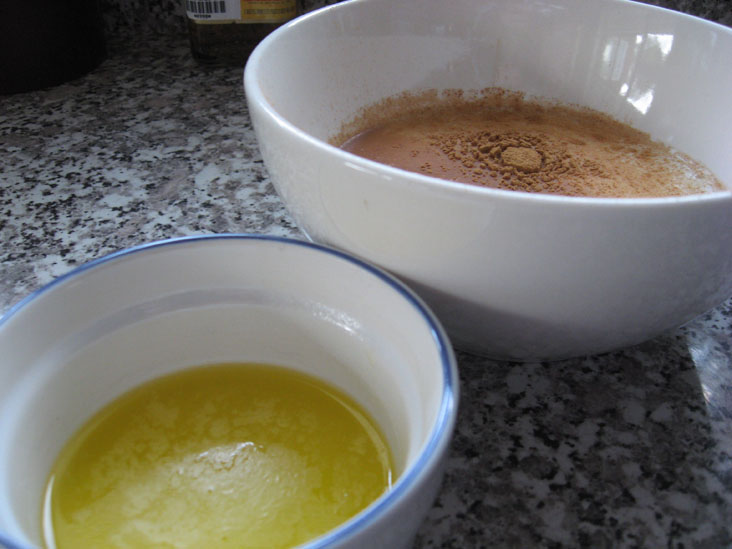 There's not a lot of complicated steps to bread pudding. In fact, you just need to put all the ingredients (except melted butter and bread) into a bowl and mix. Pour over bread that's been drizzled with melted butter and bake. But something magical happens when you mix eggs, milk, spices, and bread. It turns into so much more. I always suggest using good bread. None of the wonderbread stuff, but an artisan bread. Trust me, it makes a huge difference. I chose to use the remainder of my Cinnamon Brown Sugar Swirl Raisin Bread, which i had diced up in the freezer. You don't need to defrost frozen bread for bread pudding. Just throw them in as is, and add about 5 minutes to your baking time. I know some people like to throw on some sauce to top it off. I don't mind doing so in a plain bread pudding such as french bread, but I prefer to have my raisin bread pudding plain. But i guess ice cream never hurts. Ice cream makes everything good. 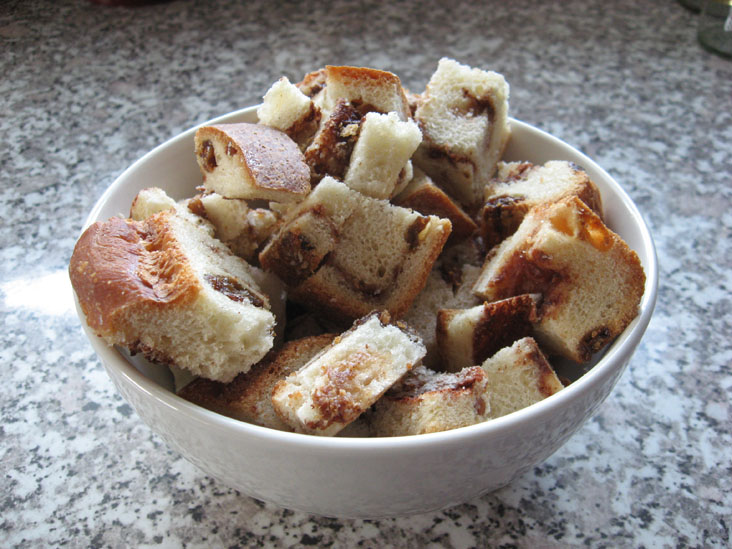 J calls it, "Bread Cake Thing". Whatever you choose to call this, it is a tasty production.  Also, J's birthday is coming up, so it's no surprise my next entry will be his birthday cake! It's a secret so I can't tell you what kind it is yet but it will be decadent! 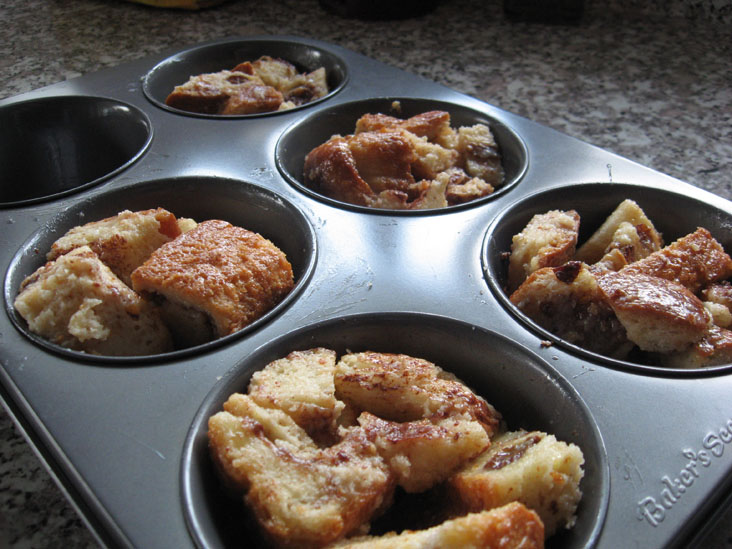 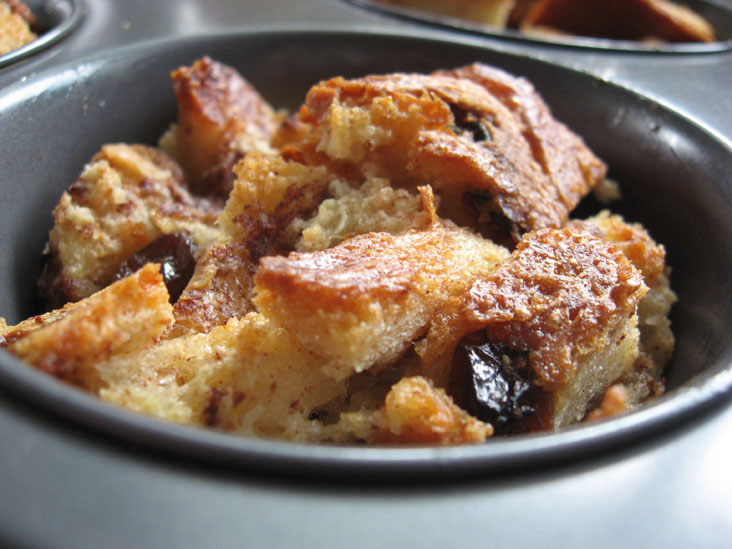